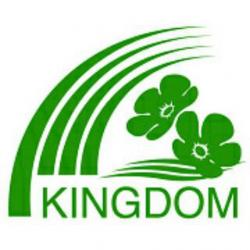 Kingdom was founded in mainland China in 1999, with more than 3,000 employees and four production factories, as well as an organic flax raw material production base. Kingdom Holdings Limited was listed on the Hong Kong Stock Exchange (HKEx) on 12 December 2006.

The total scale of the company’s linen yarn production in China has reached 100,000 spindles with an annual production capacity of more than 18,000 tons of wet spun linen yarn and it is currently one of largest linen yarn manufacturers in the world. Kingdom’s export reaches 44% of the total linen yarn export from China and has been ranking number one in China since 2004. The company now shares over 10% of the global linen yarn market and accounts for 50% market share of linen yarn export to high-end markets such as Japan, South Korea and Italy.

Kingdom hasnow secured 32 hectares land in Adama Industrial Park, Ethiopia, and started the plant construction in the middle of 2018.The total investment of the company in Adama includes three phases with the first one reaches 50 million US dollars. The first phase of project will produce 5,000tons of linen yarn per year, with the final target 4 times of the first phase. The company will employ more than 1,000 local employees for its first phase production and expects over 4,000 local employees operating on site at the final phase.

For more information on Kingdom: http://www.kingdom-china.com/en/index.php